How Rugged is Your Router?

We often discuss with our potential new customers about the durability of our devices. This is very understandable as connectivity reliability could easily be undermined by unreliable hardware. Some customers are keen to jump to conclusions that they need a more rugged version instead of the normal vehicle model and they each have their own reasons.

You see, there are as many ways in which a system can be rugged as there are ways in which an environment can be hostile. In some use cases the device is exposed to water due to rain or splashes. In the latter case the water is often salty. Other use cases have a lot of dust. And some installments introduce a lot of vibrations or shocks. One could even imagine an environment which has a lot of electrical fields, but as these would more than likely disturb the wireless networks, more than the device, they are hardly ever a topic.

Our basic vehicle model handles all of these environmental challenges well although water in large amounts can be especially tricky. Water is the main reason we have a specialized rugged version on the line up. Dust hardly ever gets in the device as it has no purposeful openings, no fans and all of the connectors are on one side of the devices. This means that air hardly moves in and out of the box, so the dust has nothing that would draw it in. In addition to having no moving parts the product is designed for vehicle use and withstands vibrations and shocks of driving naturally well. Even in tracked vehicles in mines or military use cases. The mean time between failure (MBTF) in our production use is more than half a century, so the product is extremely durable and practically always outlasts the vehicle it is installed in.

But how does it perform against real big impacts?

Well sometimes emergency vehicles are involved in crashes themselves and we just recently had a unit shipped to us for inspection that had been inside a totally wrecked vehicle. The vehicle had gone basically over the top several times and was probably smelted after the incident. This is what the unit looked like upon arrival. 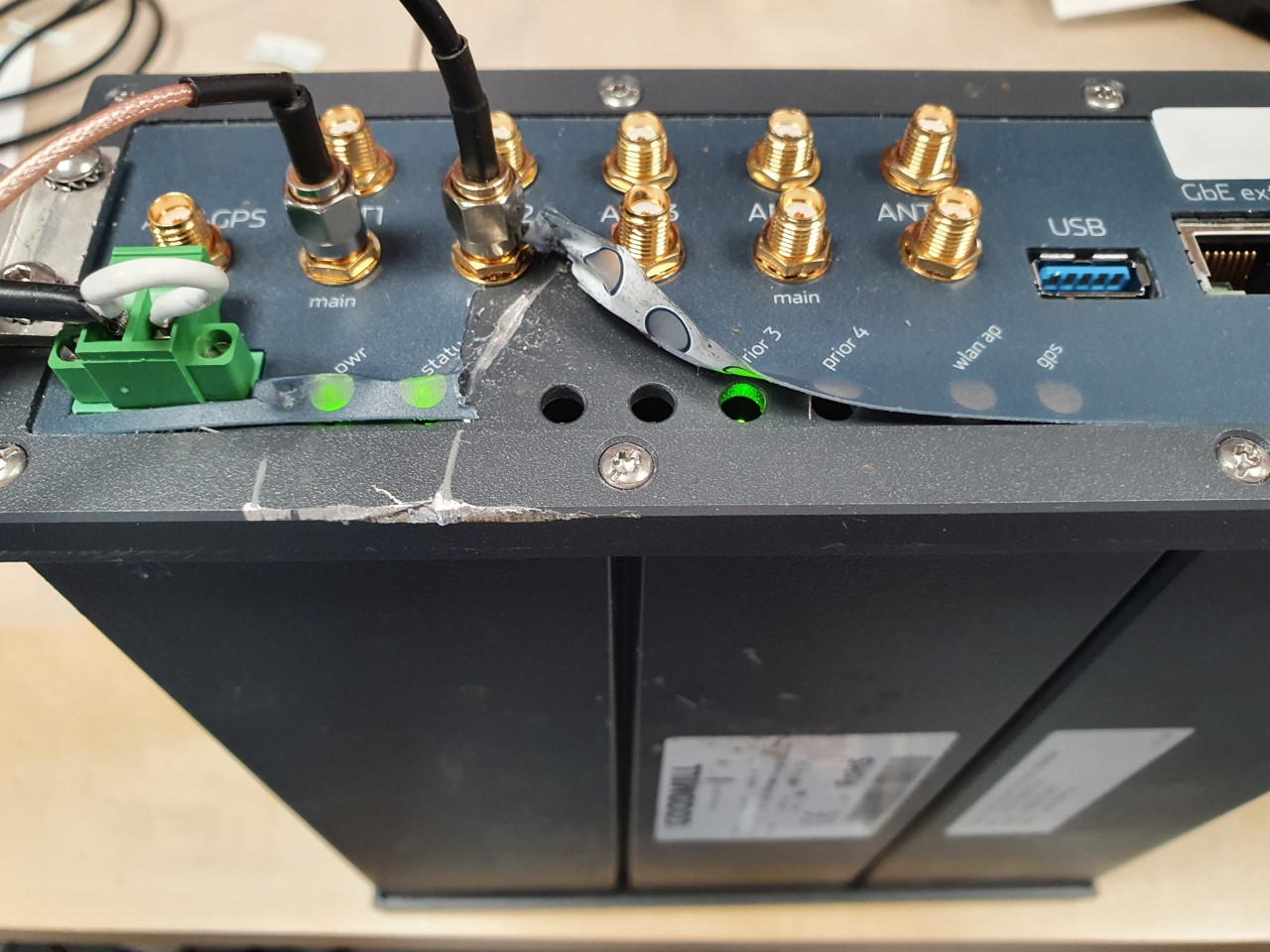 We could easily deduce it had also gotten a direct impact from another object or car part and not just a rough shaking. As you can see the unit did power up without any repairs. After inspection, we could conclude that the unit was in 100% working condition and we only needed to replace the torn front panel sticker for a total cost of a few euros.

We think we can safely talk about a rugged product.